In my ancestry I have a family whose name is MARSILHO.
This name is also spelled as MARSILLO,MARCILLO,MARCILHO and finally MARSILO.It does not occur in the UK in modern times.
David MARSILO was buried at the Nuovo Sephardic Cemetery in Mile End Road,London on  9th August 1783.He was married to a woman by the name of Elizabeth (family name and marriage date not known).They had at least six children, probably all daughters,and all of whom were baptised into the Christian faith.I suspect that their parents chose,for whatever reason,for them not retain their parental Jewish religion.It may well be that they were converts.
After much Internet researching the only apparent and logical connexion I can find for this unusual family name is listings in the Amsterdam Portuguese burial registers showing the name spelled as
MARSELHA,MARSELLA or MARSEILHA.The Bevis Marks synagogue records show that the family name was brought to England by David’s father,recorded as “Abrm” who was also buried at the New Cemetery on 6th January 1764.
I wonder therefore please if you have any information from records available to you that links “Abrm” MARSILLO in London with them.Or for that matter any suggestions you might have as to where else I might look.One reference notes that the bearer of the name in Holland came from Padua,Italy – do you have anything further on that aspect?
This is a fascinating line of research – I hope that you can help in some way,however small.
Many thanks,Yours sincerely 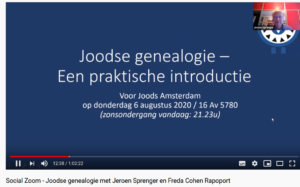